Confessions of a Curly Girl

I am a curly girl.

Having curly hair is probably the most distinctive thing about me. Like, if someone were to describe me from afar, that’s probably the first thing they’d say, “That doctor with the curly hair.” (Or they might say “the skinny doctor” but I know that would offend some of you.)

I always hated having curly hair. When I was a little girl, I had blond curls, and I wished I had straight brown hair like my best friend. My mother says I used to stand in front of the mirror, staring at my tight ringlets, saying, “I think it’s getting straighter.” It wasn’t.

Actually, things were fine when I had that great baby-fine hair. But as soon as I got to pre-adolescence and my hair took on a normal texture, it became uncontrollable. Sort of like this: 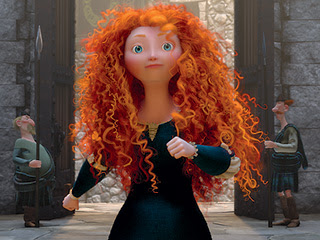 And the really rough part is that I inherited the curls from my father, who just cut his hair short and had no idea how to control them. And if you’re an eight year old girl with wild, curly hair, all any adult wants to do is brush it out. But that just makes the situation worse. Like this: 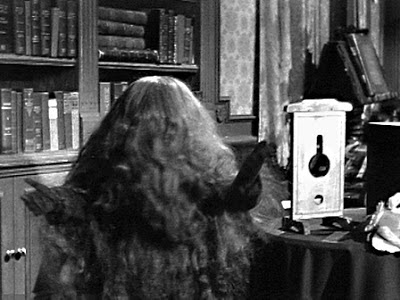 Do not brush it.

By the time I was ten, I gave up on my hair. I was sick of the tangles, getting teased, and generally just being embarrassed by my curls. So I started just wearing my hair in a braid.

Every time I went to get my hair cut, I’d ask the salon if they had any tips for curly hair. They’d always sell me some expensive product that didn’t work. It’s like nobody actually has any idea how to deal with curly hair. I mean, there are only two kinds of hair: curly or straight, so it seems like if your job is hair, you ought to know this. That’s like, being a general practitioner and not knowing how to treat, like, women.

When I got to high school, I was still wearing my hair up all the time. Except I looked really young already so wearing my hair in braids wasn’t doing me any favors. Finally, when I was 15, I hacked it all off, short enough that I couldn’t physically pull it back anymore.

This started an era of trying a wide range of products to control my hair. I usually used gel, but that was no good—I needed too much of it and it made my hair crunchy. That was my biggest problem, that my hair was so thick, any product often wasn’t enough. A pea sized amount? No way. And putting a bunch of sticky gel in my hair meant that I couldn’t follow Rule #2 of curly hair:

You can’t wash your hair every day.

By the end of college, I had sort of figured things out. I still hated my hair, but oddly enough, I used to get constant compliments about it. At least a few times a week, some complete stranger would tell me they liked my hair. That wasn’t what I wanted though—I just wanted to get control over my hair so that I could blend in.

I found a book called Curly Girl: The Handbook which was technically an advice book but just as much a support book. The women pictured in the book look really great, but then again, they’re models and actresses who have probably had their hair professionally done. It teaches you to identify your curl type and teaches you never, ever to shampoo your hair. Instead, you’re supposed to use something called “no-poo”. You can’t make this stuff up.

Ultimately, as a mother of two kids, I don’t have time to spend hours making my hair look awesome. I have a very short, layered cut, and I’m mostly focused on not letting my hair get too wild. I just use Frizz-Ease mousse, adjust a few curls manually, and I’m usually good to go. Or good enough. Like this: 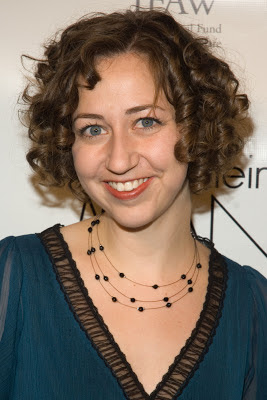 (Actually, I don't think I've ever had a hair day quite that good.)

I don't usually get compliments anymore, but that's fine. Better than fine.

There are times when I’ve been tempted to try straightening it, just to see what would happen. But I can’t do it to my kids. My children love my curly hair in ways that I never could. My older daughter is constantly talking about “mama’s curly hair.” And every night before bed, she has to touch it. Literally. She runs out of her bedroom, comes to me and strokes my hair for a minute, then runs back to bed.