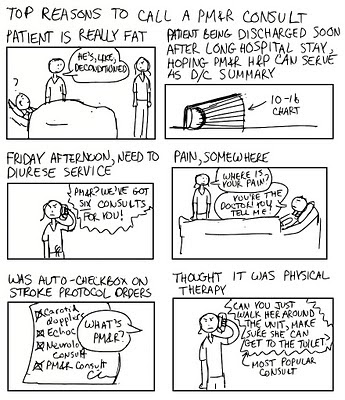 Email ThisBlogThis!Share to TwitterShare to FacebookShare to Pinterest
Labels: pmr 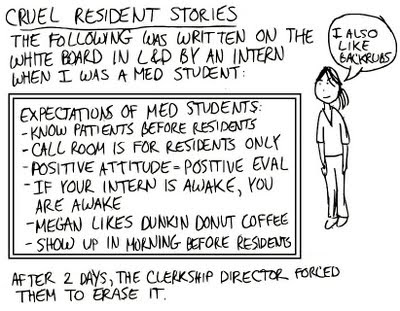 Lost it down Zorro's pants

This is a rarely entry written by me in the wee hours of the morning (8:50AM, but everyone's still asleep) while I'm traveling to the in laws for Thanksgiving. This doesn't involve cartoons, medicine, guides, or any of that, but maybe it will amuse you while you're cooking your turkey. I'm determined for this story to amuse someone, because I seem to be the only one who thinks it's funny.

Background: I have been married for close to 6 years and ever since my wedding day, I have worn a simple gold wedding band. I emphasize the word simple. To emphasize the point further, I will tell you it cost $35 on Amazon. But that doesn't mean I don't treasure my $35 ring. I never take it off except to shower.

Anyway, last weekend, while I was getting in the shower, I reached to take off my wedding band and it was GONE!

At first, I thought I had done something weird and spacey, like taken it off a few minutes ago and put it on the toilet, but I didn't see it anywhere. I checked every inch of the bathroom, including going through the garbage. I then expanded my search to the bedroom, but no sign of the ring. I even checked the refrigerator, because I swear to god, I've found dirty socks in there. But no ring!

I had started doing the laundry before getting into the shower. I've lost some weight recently and the ring has been a bit loose, so I thought maybe it slipped off while shoving clothes into the washer. But when the washer finished, I didn't find the ring in there either.

I was really perplexed. I knew I had to have lost it recently because I wear it all the time, so I was sure I would have noticed it missing pretty quickly. I'd never lost my ring before, so I was really upset.

The worst part was that my husband was away on a business trip. That is the worst time to lose your ring. If I don't have my wedding ring, I at least want the person that I'm married to.

I even checked on Amazon and looked up replacement rings. It would cost $55 for a narrower, lower carat gold version of my same ring. Price of gold must have gone up. I blame the economy.

My mother was visiting and was playing with my daughter. I said to her, "I lost my wedding ring. I can't find it anywhere!"

"Oh," she said and shrugged.

"It's just lost," my daughter said. And they went back to playing.

This wasn't the sympathetic response I'd been hoping for. Finally, I text messaged my husband: "I lost my ring!"

A few minutes later, he called me back. "Did you find my ring?" he asked.

"I left my ring in the bathroom?" he asked.

I had no idea what he was talking about. Then he explained to me that he had ALSO lost his wedding ring. He thought I sent him the text message because I had found it and was teasing him that he left it behind.

I couldn't believe it. In two separate states, my husband and I had both managed to lose our wedding rings simultaneously. Sometimes I think we have some weird psychic Gift of the Magi thing going on or something. Like last month, after talking about getting our daughter a night light for the past six months, we both went out and simultaneously bought night lights on the same day.

Anyway, I'm sure you're dying to know: the story has a happy ending. When I was taking my coat out of the closet later that day, the ring fell to the floor as I was pulling my scarf out of the sleeve. My husband found his in his hotel room.

Happy Thanksgiving!
Posted by Fizzy at 5:49 AM 9 comments: 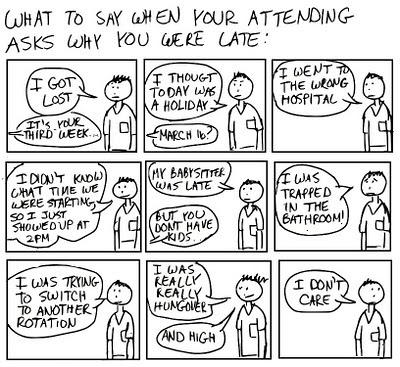 Email ThisBlogThis!Share to TwitterShare to FacebookShare to Pinterest
Labels: excuses 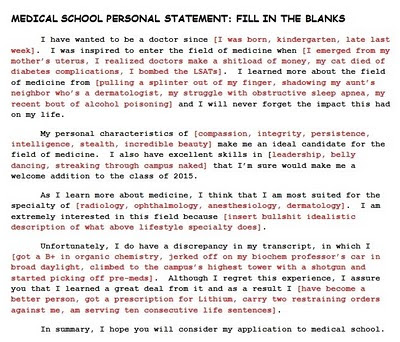 I went to get a drink of water at clinic the other day, but there was a line. 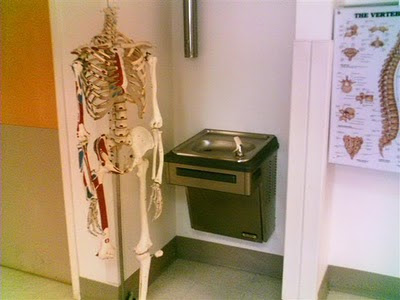 (This guy's never going to be the head of a major corporation.)
Posted by Fizzy at 3:58 AM 10 comments:

Email ThisBlogThis!Share to TwitterShare to FacebookShare to Pinterest
Labels: photos 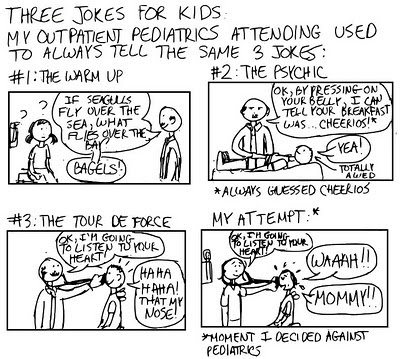 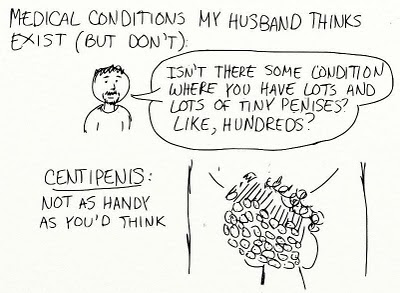 Email ThisBlogThis!Share to TwitterShare to FacebookShare to Pinterest
Labels: husband

Stages of wanting to be a doctor 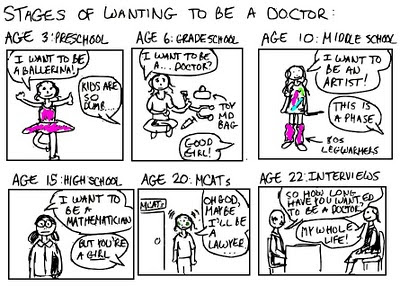 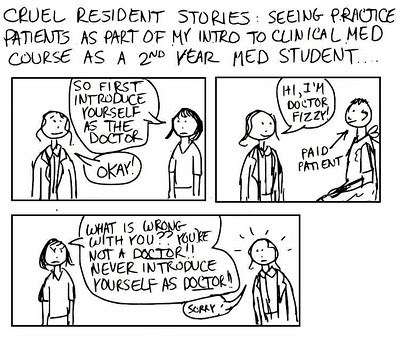