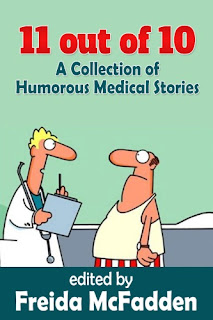 After much thought and discussion, I've decided that all profits will be going to Deworm the World Initiative. It's incredibly sad that there are children out there who are riddled with parasitic infections that they could be rid of for a medicine that costs only pennies. Even if you don't want to buy the book, consider donating individually to this worthy charity.
Posted by Fizzy at 3:00 AM