I really have to question google blogger's spam filters if they did not flag the following comment as spam: 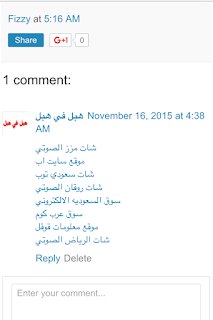 A few years ago, I used to supervise residents during an interdisciplinary clinic. The resident would work with me four days of the week. On Thursday morning, the residents would have lecture. Since there was no clinic in the afternoon on Thursdays, they basically had the afternoon off.

On one occasion, the interdisciplinary team was meeting to discuss one of the patients. Usually we had these meetings on Friday, but for whatever reason, we had to have the meeting on Thursday afternoon. This was an important meeting, which was supposed to last about an hour.

Basically, she looked at me like I was crazy and told me that she had Thursday afternoon off. And acted like I was being unreasonable for even having asked.

There was a similar situation that happened while I was a resident. Another resident had a clinic that was ending at 2 PM, and an attending asked if he would stay an extra hour or two to help at an adjacent clinic that was overbooked. The resident refused, saying he had to look at cars or something, and the attending was so angry that he blocked that resident from becoming chief the next year.

I just wanted to let everybody know that based on the revenue for the month of October for 11 out of 10, I was able to donate $1200 to Deworm the World initiative!  Thanks to everyone who bought a copy. I think this is the most money that I ever "raised" for charity.
Posted by Fizzy at 5:16 AM 1 comment:

In the Amazon reviews of Baby City, multiple people complained about the number of typos. Early on, two people complained in their reviews, one even saying they lowered their review because of it. One of those people was nice enough to tell me that they had kept track of all the many typos they found in case I wanted to fix them. Of course, I said absolutely yes and they forwarded me the typos. I expected at least several dozen.

Five typos in over 400 pages. Roughly one typo per 100 pages was terrible enough that multiple people complained and one person lowered their review.

So I fixed the typos, and yet I still get complaints. There can't possibly be more than one or two left. Yet I recently got a review from somebody saying they had never seen so many typos in a novel.

I feel like I'm going crazy. How is it that so many people are complaining about typos in this book? The weird thing is that my other books have typos too, which I've noticed when looking at them later, yet not even one person has complained.

The fact of the matter is that I don't have the resources of a major publishing company to have multiple people going combing through a book. As good as my editor is, she is one person. In light of that, I think my book is very cleanly edited and free from mistakes that I find in a lot of other self published books, like characters' names randomly changing.

So what is the deal with all the complaints about typos? And seriously, would 5 typos in 400 pages really be something you would feel affects the quality of the book and disrupts your "reading pleasure"?

The other day, I saw a patient who used to be a teacher, and I mentioned that my daughter was in the same grade she used to teach. We got to talking about it, and she asked me a bunch of questions about my daughter, who I of course always love to talk about.

Years ago, I remember reading an article about how doctors shouldn't discuss non-medical things with patient. It cited as an example a doctor and patient who got so caught up discussing the doctors recent trip to Europe that they forgot to discuss one of the patient's medical issues. I obviously really took that article to heart, and I try not to discuss my personal life with patients.

But patients seem to want to discuss me, for some reason. At the end of a visit, when I ask the patient if they have questions, about a third of the time, it's a personal question about me. (Often it's asking me if my hair is naturally curly.)

Is it wrong to discuss your personal life with a patient?

Years ago, when Lord of the Rings was popular, my husband and I wrote a story together that was supposed to be a spoof of the trilogy. I recently ran across it and thought it was pretty funny:

Prosolo gasped as she clawed at the peak of the Halobarad Mountain, her paws slipping on the slick rocks.

"The necklace of Yasagriell," Prosolo breathed, as she gazed upon the shimmering circle of light that was illuminated by a ray of sun.

But in the last century, all of the Beaudeindalves had been slain by a gypsy tribe of Tirithiomirs. Tirithiomirs were a particularly fierce breed of elves that Prosolo had come across only once in her life, when she was only a child wandering through a forest, and it had made a tingle go through her thick fur. Prosolo was later told by her grandmother Legoladaine that the Tirithiomirs had led a secret attack on the Beaudeindalves in the Valley of Malahthiel, killing all but Ondodo, Grandolier, Nobb, and Vanaroond, their eldest members, who were later sacrificed to Andumeeh, the elfin god of the Tirithiomirs.

As Prosolo edged toward the necklace, she was suddenly blinded by a creature that leaped in her way. She fell back upon her hind legs, and watched the blue animal with thick fur snatch up the necklace with his paw. The creature held up the necklace of Yasagriell in the air triumphantly.

Prosolo felt her stomach sink. "Who... who are you?" she stammered. He didn't appear to be a Tirithiomir. "What do you want this necklace for?"

"I need this necklace to get to the next level," the creature explained. "My name is Sonic."

Every time I see a patient with cognitive deficits, I ask the same questions:
"Who is the President?"
And
"Who do you think is going to be the next President?"
It's my own little unofficial poll.  I'm not really getting any reasonable answers yet though. Most people just look at me, shake their head, and say, "I have no idea."  Which is probably a reasonable answer right now.  Most people who hazard a guess usually say Trump.
In terms of assessing current events knowledge, it would be just as easy to ask them to name a few candidates. But that's not as fun.
Although I do worry that at some point somebody will complain that I'm trying to talk politics with them.  Which is why I'm careful not to give any sort of opinion of my own. I just listen.
Posted by Fizzy at 3:59 AM 1 comment: