I could rant for a long time about flexible spending.

Excuse me if I misspeak on any of this because it's not something I entirely understand.  So every year, I'm allowed a $5,000 flexible spending account for childcare, which means that $5,000 is taken out of my paycheck before taxes and I can then get this money back in full at the end of the year.

But what I really resent is that every single year they make me fight for it.  Without exception, they have rejected every single one of my initial claims.  This is MY MONEY.  I just am trying to get my own $5,000 that was taken out of my paycheck back.  Do they think if they make it hard enough, that I'll just give up and say I don't want my $5,000?

Examples of why they rejected my claims:

Last year they ignored one page of my receipts.  They looked at the first page, calculated $3,500 in care, then said that was all they would give me.  When I called and said WTF, it turned out that they HAD the other sheet and just decided not to look at it for unknown reasons.  I mean, it was only two pages.  It wasn't like it was 10,000 pages and they missed one page.

This year, when I was filling it out, there was a section that it said you didn't have to fill out if you had receipts.  So I just wrote "see attached" in that part.  Then yesterday morning, I found out I was rejected because I didn't fill out that part.  The part it said not to fill out.

Why?  What's the point of all this?  They're going to give me the money eventually... does it really pay off for them to waste everyone's time?
Posted by Fizzy at 3:30 AM 10 comments:

Can somebody explain to me the deal with Eliquis?

Eliquis is one of the new anticoagulants that is starting to take the place of Coumadin.  It's a wonderful thing, because Coumadin has to be monitored so carefully with blood tests and interacts with everything. The newer anticoagulants don't need to be monitored in the same way and have lower risk of bleeding.  Win-win, right?

Except the problem with Eliquis is that it's not reversible.  If you're on Coumadin and you have a big bleed in your head or GI tract, they can give you Vitamin K to reverse it and hopefully stop bleeding.  If you're on Eliquis, you just have to wait for it to get out of your system.

I could accept this risk because of the benefits of Eliquis except that there are other newer anticoagulants such as Pradaxa that have lower risk of bleeding, don't need to be monitored, and they are reversible.

I can't figure out why people keep prescribing Eliquis instead of a reversible alternative.  It's the most prescribed of the newer anticoagulants, yet I've never heard a physician give a really good reason why they would pick that over something reversible.  I casually looked up the literature and I don't see anything compelling there either.

I don't get it.  Can somebody please explain this to me?

I was picking up my five-year-old the other day, and I saw that she was working on a drawing that looked like this: 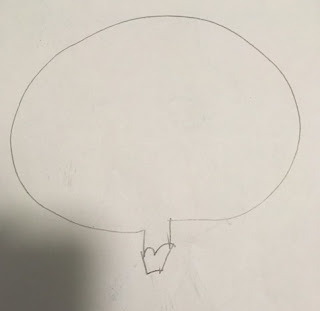 Maybe it's just me, but I got worried that my daughter was drawing what appeared to be... a giant bladder with a penis coming out of it?  I asked her what it was and she said, "I'm not done!"  Then she added this: 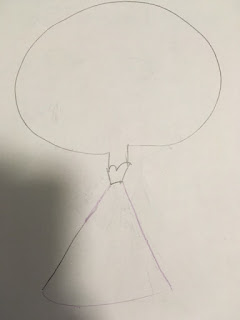 Thank God, it did eventually turn into something non-phallic: 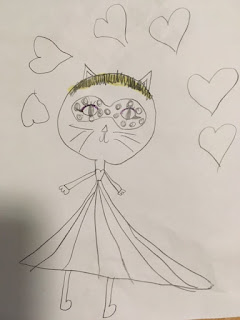 I know everyone hates Obamacare, but there's this thing called the Affordable Care Act that's actually pretty good, and I hope it sticks around.

Seriously though, I would say that I'm a fan of ACA and I think it will be a mistake to repeal it with no replacement in mind.  Some stuff about ACA that is really great:

--No denials for pre-existing conditions.

Just to name a few things.

One thing that some people argue about is the mandate to purchase insurance.  For the record, I read that Republicans were in favor of this mandate prior to it becoming a staple of ACA.  Anyway, there SHOULD be a mandate to have health insurance.  Because hospitals have a mandate to treat people who are having an emergency, which is something that you don't have in any other industry.  You can walk into an ER and be treated without any proof that you can pay.  Where else can you do this?  You can't walk into a car dealership and get a car without proof you can pay for it.  You can't walk into a supermarket and buy a candy bar without proof you can pay! Yet you can easily wrack up tens of thousands of dollars in hospital bills without any money in the bank or health insurance.

So until we start saying that hospitals can turn away people from the ER (which obviously, would be horrible), then there NEEDS to be a mandate that people should have health insurance.

But if there are any better ideas out there than ACA that Paul Ryan is keeping secret from us, I'd certainly be open to listen to it.  God knows, the ACA isn't perfect.  But it's just better than taking away health insurance from 20 million people.
Posted by Fizzy at 3:00 AM 47 comments:

I read an article recently about how self-checkout will eliminate cashier jobs, so it's a bad things.  But that seems slightly hard to believe.  First of all, about 80% of the times I've done self-checkout, there's been some error that required someone to come over and assist me. Like I don't put my item in the bag fast enough and the whole thing crashes.  And I'm relatively checkout savvy.

But today I realized that as long as there are old people, cashiers will always have jobs.  Today when I was at the supermarket, there was an elderly woman ahead of me who was attempting to do self-checkout, but completely defeating the purpose of self-checkout.  She needed help with every single item she scanned in.  She didn't know how to scan fruits or vegetables.  She didn't know what to do when she didn't bag her item fast enough.  After three different clerks came over to help her at different points, I went over and helped her through the rest of the scanning process.

Then she was unable to figure out how to pay.

The best thing I can say is that she didn't try to pay with a check or scan in a dozen coupons.  But it was an excellent demonstration of why cashiers are needed.
Posted by Fizzy at 2:00 AM 5 comments:

There was another post I made where I said a patient had given the most useless family history I'd ever heard.  And it was.  Until yesterday:

Me: "Do you have any family members who have had a stroke?"

Patient: "My dog had a stroke."

Is this going to be a new thing?  Do I now need to specify human family members when I ask that question?
Posted by Fizzy at 3:00 AM 6 comments: 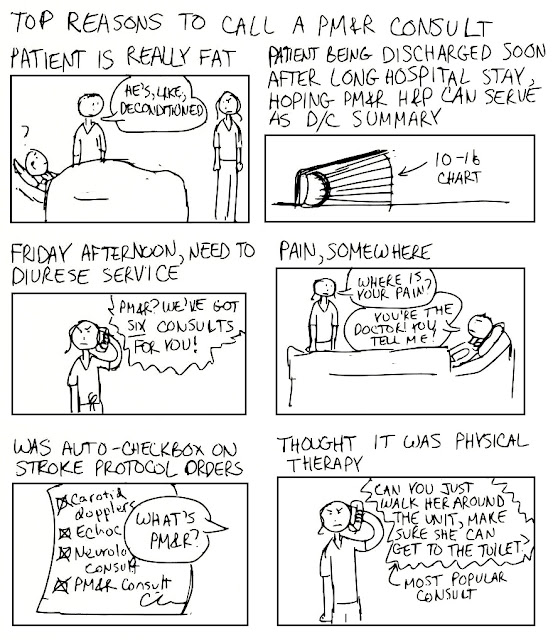